Greetings, traveler, and welcome to my home. I am known as the Loreweaver, and I have many tales to tell. Heroes of old, lost treasures, and forgotten empires all live within the stories passed down since the beginning of time. Like those before me, I pass on these stories to those I meet, so the lessons and heroes of old are never forgotten. 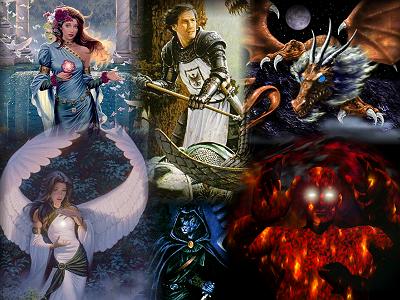 The War of the Scaled Horde was one of the darkest times in Tarias' history, when an exiled god orchestrated the rising tide of violence in his quest for vengence and absolute power over the realm. The war nearly destroyed the realm, and forever altered the world and all who lived there...

This is the story of that dark time, of what led to the conflicts, and of the heroes and villians that helped shape a world. 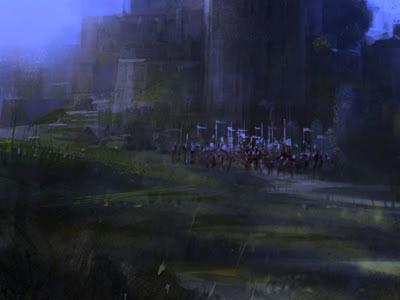 Tymor Keep, once only a castle fortress. Thirty years after it was established, it grew into a prosperous trade city surrounded by rich farmland. It fell soon thereafter, one of the first casualties of what was to become the Great War. It now lies in ruins, but the people who lived and died there serve as testaments to the power of human resolve and cunning.

This is the story detailing the destruction of Tymor Keep by the dark forces in the first year of the war. It is the story of the trechery and conspiracy which led to the fall of this once promising city. And it is also the story of awakening, of how the young woman who would become Jhuntara's successor first discovered her powers...


If you like my tales, please feel free to leave your comments with my messenger by clicking the "Contact Us" link. It is always good to know when one of my stories stirs a person's soul. Until next time, good morrow to you.