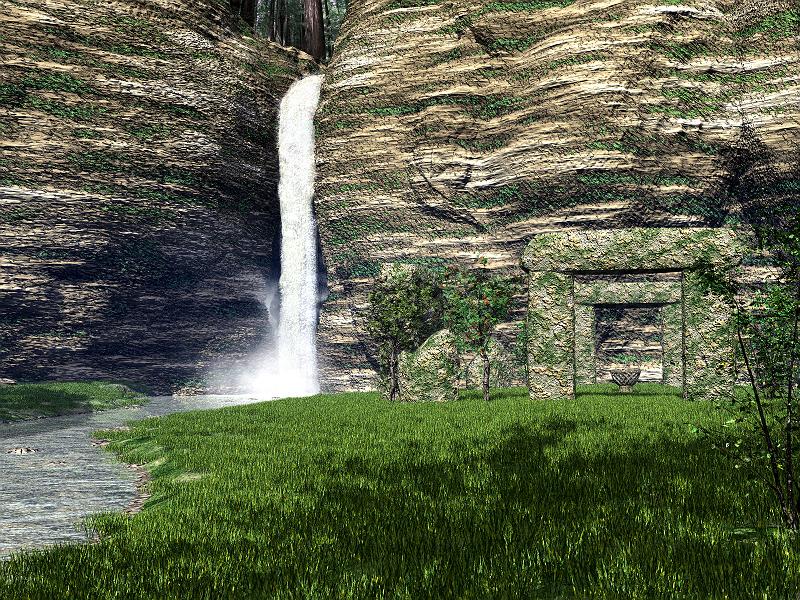 This is among the oldest and most remote druid rings in Tarias. To the druids who worship Tatyana, the goddess of Earth and Nature, this is also the most sacred site in all the realm. In addition to being a place to gather for worship, the ring of stones in this grove serves as a marker, beyond which only the highest ranking druids of the order are allowed to pass. Few outside the druid order are even allowed near the grove.

Upstream from the waterfall is the stream's source, where it emerges from a crevice in the earth between the roots of the fabled Tree of Life. This tree is believed to be the oldest living tree in existence, blessed by Tatyana herself to serve as a conduit for her power. As such, it is held as sacrosanct by the druids who tend the area. No mortal may ever touch it, lest they accidentally harm its purity.

The druids hold that the base of the waterfall marks the spot where the first of the mortal races emerged thousands of years ago, and that every mortal race born since then has emerged from this site. They also believe that if the Tree of Life should ever be harmed, no new races will ever be born from the life-giving waters that emerge from its roots.

This scene was done entirely in Bryce 7. The only post-render editing to the image was done to create the "frothy" look of the waterfall.