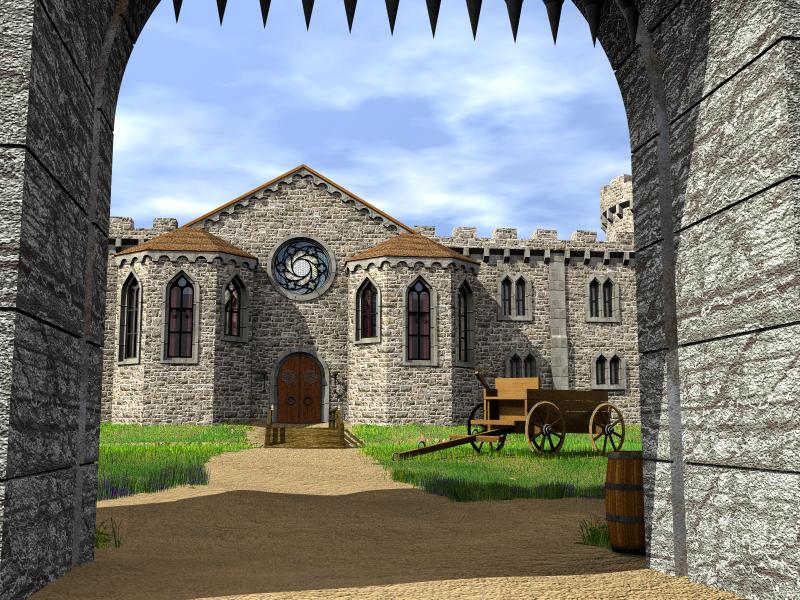 This is the exterior of Riverford Keep, the home of the main characters (played by my friends) in my previous AD&D campaign. This view is my final draft (for now) of the main grounds as seen from the front gate. On the path directly ahead, you can see a wooden bridge spanning a moat, which then leads to the front door of the keep. The two towers you see flanking the front door contain the twin staircases of the entrance hall.

It looks like a simple view, but looks really are deceiving here. I could not decide initially on a viewing angle for the shot, so I ended up having to plan and build the external features for the WHOLE keep, including the outer walls surrounding the main grounds, towers, and the various service buildings contained on the main grounds!

This scene was done entirely in Bryce 7. Other than gamma and contrast adjustments, there has been no post-render editing to the image.