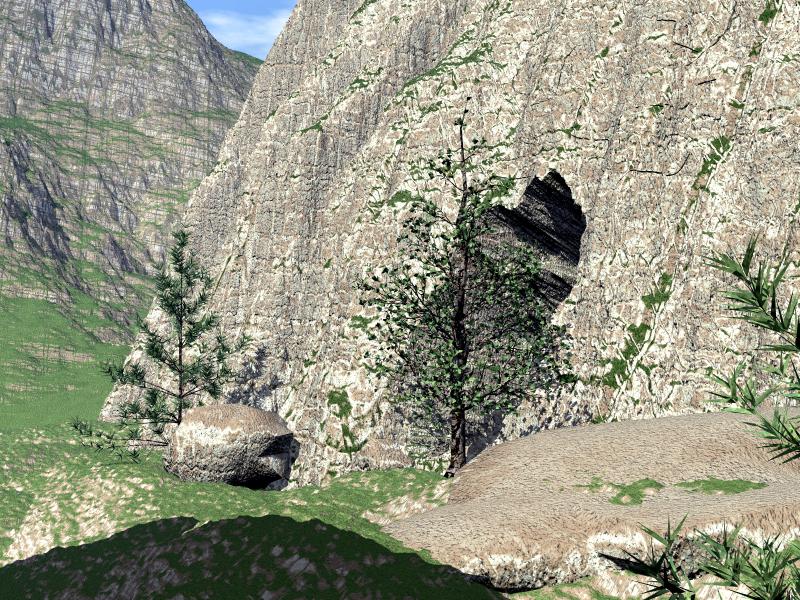 This is my first draft of a hidden mountain cave, as described in the "entrance" page of the website. The mountain scene here features 3 main terrains, one for each mountain you can see directly or by its shadow. To make the cave, I simply created a small terrain that would serve to cut a hole in the side of the mountain. I made it a negative boolean, and grouped it with the mountain's terrain. I then added a few boulders and trees.

The hard part of this image was the textures. I had to come up with a texture scheme that would scale properly. Most terrain textures look good at a distance, but rarely close-up. I ended up creating 2 different textures. After creating the texture for the distant mountain, I used it as the template for the close-up mountain texture. For the close-up texture, I scaled it up a bit, then added a extra rocky and erosion details you would only see close-up. I then took that new texture, and modified it for use on the boulders, to giving the boulders the same general details, but making them look a bit more weather-worn.

This scene was done entirely in Bryce 7. The only post-render editing to the image was for brightness and contrast adjustments.