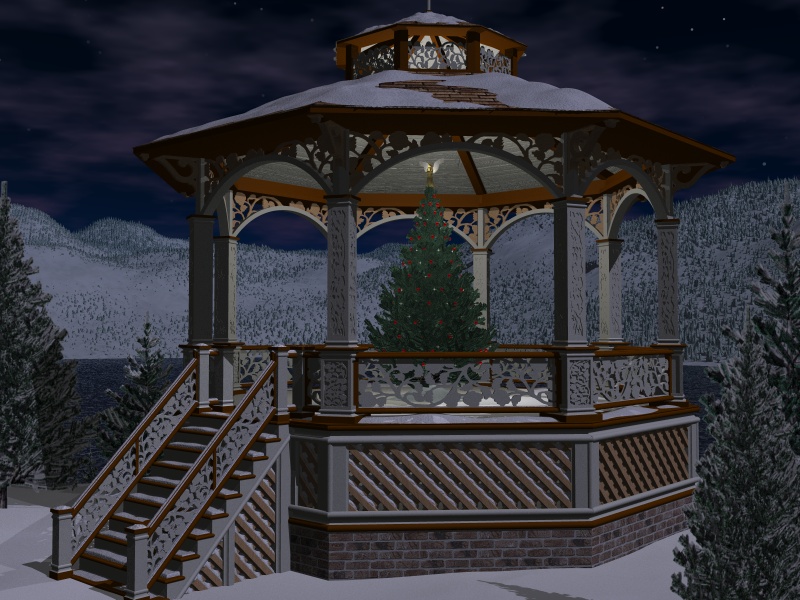 An image I created just in time for the holidays. This image was inspired by a photograph I recently came across of a wooden gazebo/bandstand at one of my hometown's local community parks. The picture showed the gazebo as it was some 40 years ago, back when it was still maintained (as opposed to its current shabby condition). The photo was part of a promotion by the local historic commitee to restore the gazebo to its former glory.

After seeing the photo, I decided I just HAD to create my own custom gazebo on my computer. The gazebo you see here is what I came up with after studying dozens of photos of gazebos I found online. Once the gazebo was finished, I of course had to come up with a backdrop to put it in. Since many of the gazebos I studied overlooked some sort of natural (and breathtaking) landscape at state parks across the country, I decided to have mine overlooking an equally scenic mountain lake.

The gazebo model (not including the Christmas tree and snow) is over 80MB with textures, so I won't be able to share it via the web as I had originally hoped. I will most likely post the "How I Did It" here at a later time, but for now I hope you enjoy the image!